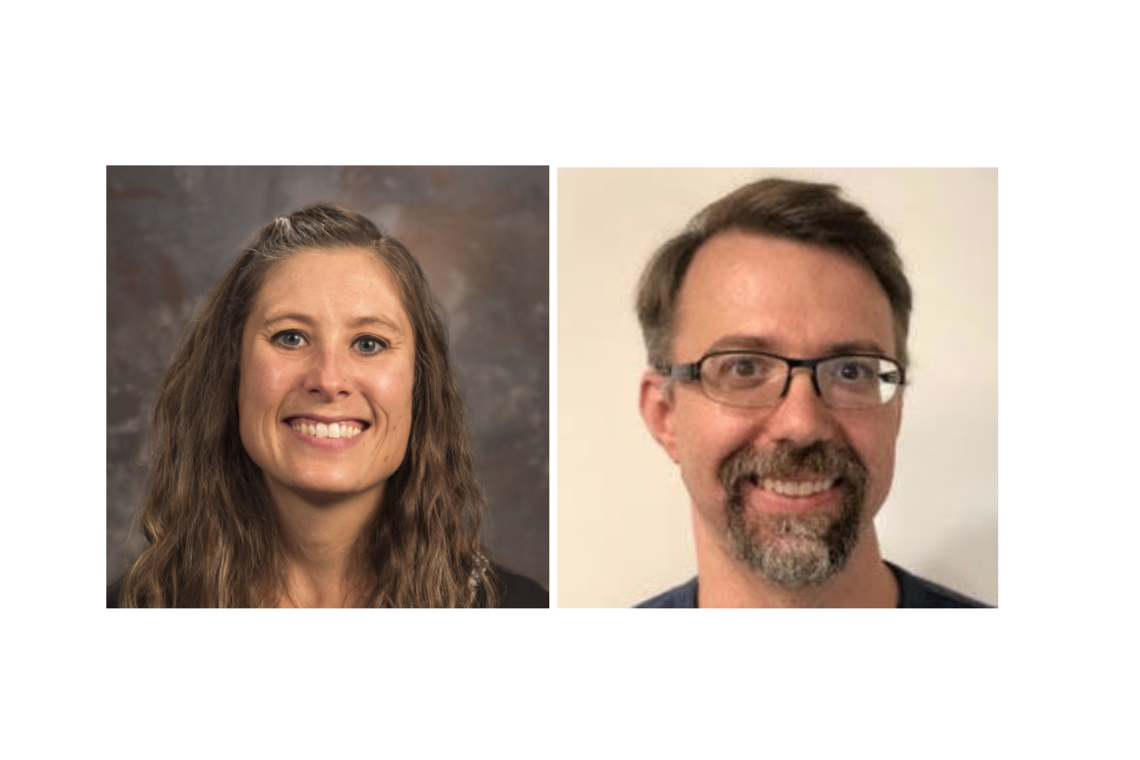 Shannon Wachowski (University of Wyoming) and Sean Garrett-Roe (University of Pittsburgh) have each been named to 3-year terms on The POGIL Project Steering Committee.

LANCASTER, Pa. — The POGIL Project, a national not-for-profit organization that disseminates its unique student-centered pedagogy at the secondary and college levels and provides professional development opportunities for instructors, has named two educators to three-year terms on its Steering Committee.  The nine-member POGIL Project Steering Committee provides definition and direction to the goals of The Project.

The two educators are: Shannon Wachowski, University of Wyoming; and Sean Garrett-Roe, Ph.D., University of Pittsburgh.  They officially begin their terms at the 2020 POGIL National Meeting in St. Louis in June.

“We are lucky to have two talented and enthusiastic practitioners join our Steering Committee this year,” said Project Executive Director Rick Moog. “They bring a wealth and diversity of experience to this leadership team and will be key in helping us to implement our five-year strategic plan.”

Wachowski is currently Academic Outreach Coordinator in the School of Teacher Education at the University of Wyoming where she supports pre-service teachers. In her 14-year career as an educator, Wachowski has taught a variety of science and math classes in rural high school settings as well as facilitated professional development for teachers through her work with The POGIL Project and PEER Physics. Originally a chemical engineer, Wachowski left industry to pursue a career of lifelong learning and helping others learn. In her spare time, she enjoys climbing, running, pottery, quilting, and spending time with her dog, Shasta and husband, Neil.

“As an educator for the last 14 years, I've been a member of several different groups related to education,” said Wachowski. “The POGIL Project is one of the most meaningful organizations I've had the privilege to be a part of and I look forward to contributing further to this valuable group through my participation in the Steering Committee. “

Garrett-Roereceived his B.S in Chemistry from Princeton University (1999) and his Ph.D. from the University of California, Berkeley (2005).

From 2006 to 2011, he was a postdoctoral scientist at the University of Zurich with Prof. Peter Hamm, where he developed three-dimensional infrared spectroscopy (3D-IR) of hydrogen bonding in water. Garrett-Roe joined the chemistry department of the University of Pittsburgh as an assistant professor in 2011 and was promoted to associate professor with tenure in 2018. At Pitt, his research has focused on ultrafast vibrational spectroscopy (2D-IR) of ionic liquids. He has published more than 40 peer reviewed journal papers. He was awarded the Chancellor’s Distinguished Teaching Award (2017). Garrett-Roe has used POGIL in his Physical Chemistry courses since 2012. Starting in 2018, Sean has been part of a team of instructors at Pitt implementing POGIL in large-enrollment General Chemistry.

For more information on The POGIL Project, please visit www.pogil.org.