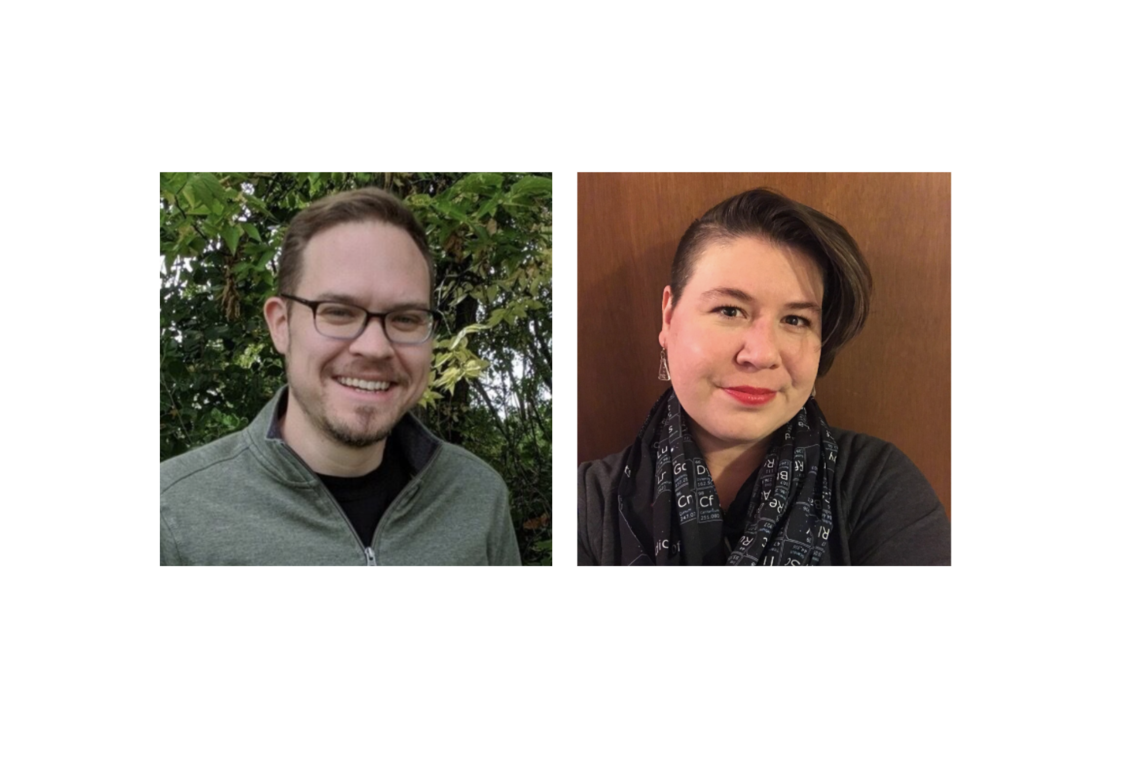 The award, given annually to one post-secondary and one secondary educator, honors POGIL practitioners who are new to The Project, who have distinguished themselves by advancing the goals of The Project, and who have an exceptional level of enthusiasm for active learning.  Other criteria include leadership in The Project, active participation in disseminating the POGIL pedagogy, and other service to The Project, such as workshop facilitation, authorship of activities, and participation in grant proposals.

Aspaas and Julian will be honored at The POGIL Project's June 2022 National Meeting to be held at Washington University in St. Louis. Each will be presented with a plaque and a cash award.

"I am excited to honor these two outstanding educators with the POGIL Early Achievement Award," said Project Executive Director Rick Moog.  "Both Andy and Siobhan have had a strong impact on the POGIL community and have contributed greatly to the growth and success of The Project.”

Aspaas has a B.A. in chemistry from Augustana College in Sioux Falls, SD, and an M.S. in organic chemistry from the University of Minnesota. He currently serves as chemistry faculty and the chair of the Physical Science and Engineering Division at Anoka-Ramsey Community College in the northern suburbs of Minneapolis, MN. Andy was designated an Educator of the Year by the Minnesota State Colleges and Universities System in 2013, due in part to his use of student-centered learning methods like POGIL.

Andy was first introduced to POGIL by a colleague who attended a workshop in the early 2000s, and he has been using it consistently in his introductory, general, and organic chemistry classes since 2005. After attending a POGIL 3-day workshop and POGIL Facilitator Training Workshop, Andy has facilitated numerous Virtual Fundamentals of POGIL workshops, and has facilitated other engaging workshops on the use of student-centered learning and academic technology at local, regional, and national meetings. After attending a collaborative feedback training for the POGIL Activity Clearinghouse, Andy is excited to submit and improve upon the chemistry activities he’s written.

"I am so grateful for everything The POGIL Project has done for me,” said Aspaas. “It transformed my classroom and made me love my profession more than ever. With all the challenges of equity, engagement, remote learning, and advancing technology that we are facing as teachers, I consider myself lucky to be a part of the work the project does, and hope I can help to get POGIL into even more classrooms."

Julian received her master’s in biochemistry from SUNY Geneseo, then entered a PhD. program in biochemistry at University of Rochester. After five years in the program, she left to become a high school teacher. She has taught AP Chemistry and Regents Chemistry at Webster Schroeder High School in upstate New York for 14 years.

Siobhan discovered POGIL during her sixth year of teaching and immediately immersed herself in the pedagogy, and was self-taught until she attended the National Conference to Advance POGIL Practice (NCAPP) in 2017. Following that experience, she sought new ways to be involved in The POGIL Project and has become an integral part of many of its working groups. She has also facilitated several Virtual Fundamentals Workshops, and has been working with a team to revise The Project’s AP Chemistry activities. She is an active member of The Project’s Networks working group, which seeks to strengthen POGIL's outreach on social media, and she recently joined the NCAPP 2023 planning committee.

"I believe in the power of POGIL,” said Julian. “I have seen it transform my own classroom and help my students become better communicators. Working with The POGIL Project is a tremendous gift, and I'm honored every time I get the chance to collaborate with its wonderful people."