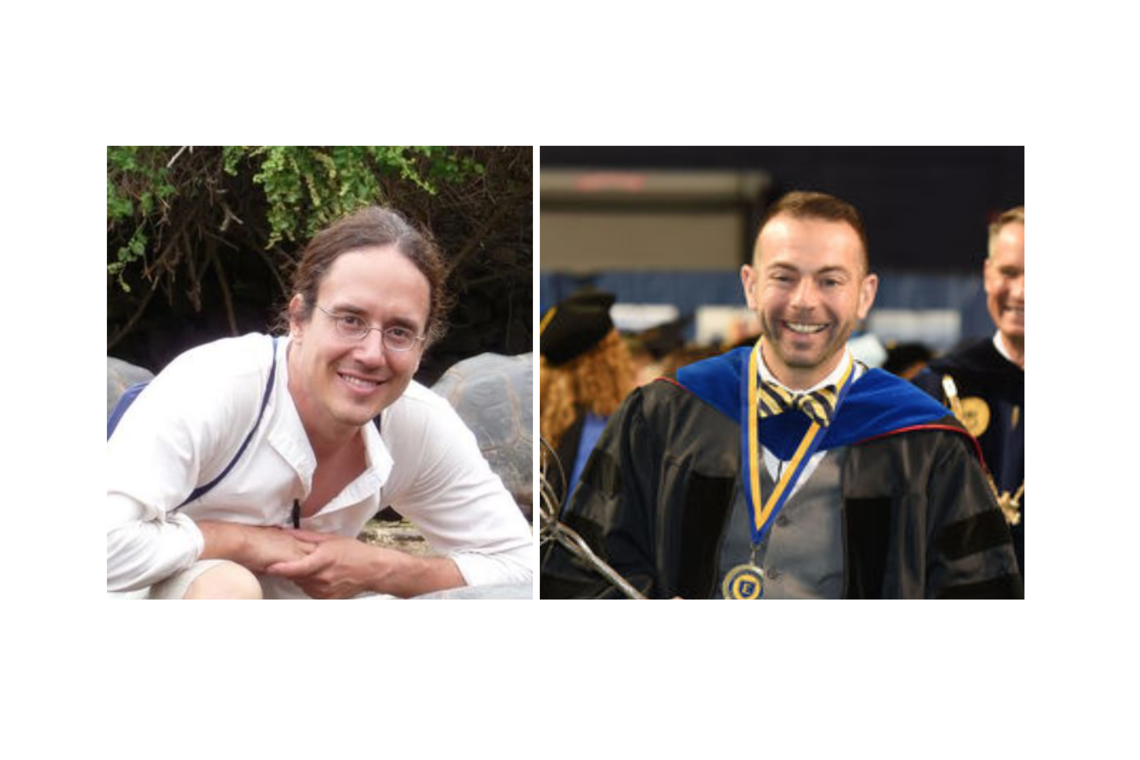 The award, given to one post-secondary and one secondary winner honors POGIL practitioners who are new to The Project and who have distinguished themselves by advancing the goals of The Project and who have an exceptional level of enthusiasm for active learning.  Other criteria include leadership in The Project, active participation in disseminating the POGIL pedagogy, and other service to The Project, such as workshop facilitation, authorship of activities, and participation in grant proposals.

Halliday and Brown will be honored at The POGIL Project's upcoming National Meeting in St. Louis in June 2017, and will each be presented with a plaque and a cash award.

"I am excited to honor these two outstanding educators as recipients of the POGIL Early Achievement Award," said Project Director Rick Moog.  "Both Urik and Patrick have had a strong impact on the POGIL community and have contributed greatly to the growth and success of The Project."

A lifelong resident of Skokie, IL and Chicago, IL, Halliday is a  proud public school trained chemist and science educator.   He attended Illinois State University, earning a B.S. in Chemistry.   After graduating, he was employed as an analytical chemist for the Illinois Department of Public Health in a toxicology laboratory for approximately eight years.  He then transitioned his training and talents to become a high school science educator for the Chicago Public Schools — he has now worked at Von Steuben Metropolitan Science Center for 14 years, during which time he earned an M.S.Ed in Science Education from Illinois Institute of Technology.

"As an urban public high school teacher the struggles are plentiful and the recognition of our efforts are often fleeting," said Halliday.  "Being awarded the POGIL PEACH award is a prodigious honor.  I feel very gratified that this honor has been bestowed upon me.  Collaborative learning environments where students construct knowledge are not easy to cultivate, the POGIL Project and its dedicated members make that endeavor much more attainable. "

Brown is a native of East Tennessee who received a B.S. in Biology from the University of Tennessee at Chattanooga and a Ph.D. in Cellular Biology from the University of Georgia.  After nearly five years as a marine scientist for the University of South Carolina’s Belle W. Baruch Institute for Marine and Coastal Sciences he took a position as an Assistant Professor of Biology at King University (then King College).  It was at King that he was introduced to POGIL through his chemist wife, Dr. Stacy Brown.  After attending a three-day POGIL workshop, he returned to King and began writing POGIL activities for anatomy and physiology.  He is currently an Assistant Professor of Health Sciences at East Tennessee State University (ETSU) and has been awarded both the College of Public Health Foundation Teaching Award and the ETSU Distinguished Faculty in Teaching Award.  He is the author of Anatomy and Physiology: a Guided Inquiry, and in addition to being the husband of an amazing educator he is also the proud father of two boys.

"Winning the PEACH award is very special because the winners aren’t chosen by our students or our peers, but by our mentors," said Brown. "It is a wonderful feeling to have the acclaim of the people who taught me not just about POGIL, but about how to be a transformative educator."

The POGIL Project works with educators to disseminate its unique pedagogy at the secondary and college levels through professional development workshops around the nation, as well as to produce POGIL curricular materials for both high school and university classrooms.  POGIL stands for Process Oriented Guided Inquiry Learning, a student-centered, group-learning instructional strategy and philosophy developed through research on how students learn best.