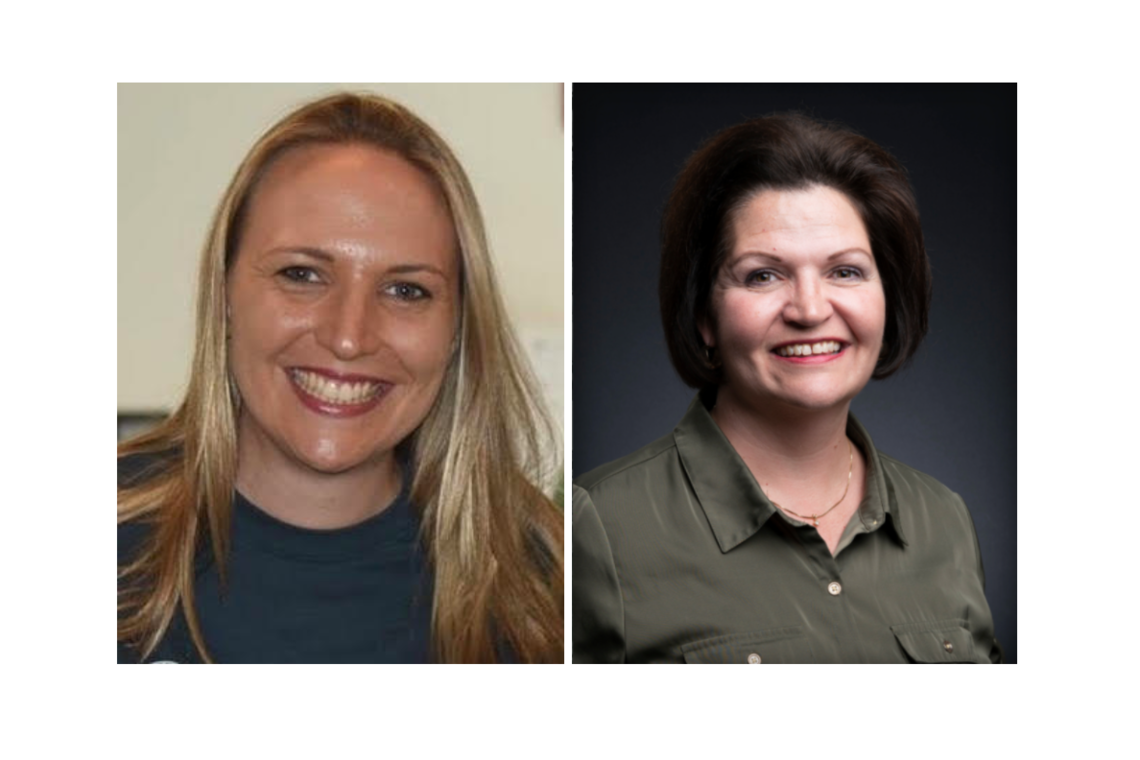 The POGIL Project has named Stephanie O'Brien and Heather Wilson-Ashworth winners of the 2020 PEACH Award.

O’Brien and Wilson-Ashworth will be recognized during The POGIL Project's Virtual National Meeting in June 2020, and will receive a plaque and a cash award.

"I am excited to honor these two outstanding educators as recipients of the POGIL Early Achievement Award," said Project Executive Director Rick Moog.  "Both Stephanie and Heather have had a strong impact on the POGIL community and have contributed greatly to the growth and success of The Project."

Dr. O’Brien received her B.S. in chemistry, MAT in teaching chemistry, and Ph.D. in science education from Stony Brook University. She has taught all levels of chemistry from inclusion to International Baccalaureate (IB) at Commack High School. Her pedagogical philosophy is that students need opportunities to experience what it is like to think and act as scientists. As a STEM master teacher in the Long Island region, she has presented at local, state and national conferences on topics such as literacy, flipped learning, inquiry instruction, student misconceptions as well as student technology integration.

“Winning this award is the culmination of the efforts of a variety of POGIL practitioners who have taken the time to develop my instructional skills as a POGIL facilitator. It's an honor to be recognized among such a highly esteemed group of educators,” said O’Brien.

Dr. Wilson-Ashworth is a biology professor at Utah Valley University. She earned her bachelor’s in math education with a minor in biology, and a Ph.D. in human physiology/cell biology at Brigham Young University. Her research interests include better understanding the issues influencing UVU student success, retention and motivation with an emphasis on underrepresented students; the development and assessment of process skills in active learning classrooms; and effective mentoring strategies in undergraduate research. Her recent awards include UVU’s Student Advocate Award in 2019, Best Design of a UVU Online Course, 3rd place, 2019; and  the UVU Presidential Award of Excellence in Teaching, 2018. She teaches general biology, college biology and human physiology at the university, and she has taught at the university for 20 years. She became involved with POGIL in 2011. Since that time, she has facilitated five regional three-day workshops including one as head facilitator.  She has also worked on a POGIL Project committee to incorporate process skills into the introductory track of The Project’s summer conferences.

The POGIL Project works with educators to disseminate its unique pedagogy at the secondary and college levels through professional development workshops around the nation, as well as to produce POGIL curricular materials for both high school and university classrooms. POGIL stands for Process Oriented Guided Inquiry Learning, a student-centered, group-learning instructional strategy and philosophy developed through research on how students learn best. (www.pogil.org)