When it comes to the POGIL method, Patrick Brown, assistant professor of Health Sciences at Eastern Tennessee State University, has a home advantage: his wife is a chemist.

“Before taking a POGIL workshop, she was teaching an intro chem class for non-majors getting great student reviews," recalls Brown. "But when she gave them the final exam, they did horribly on it.”

“I went home and in three weeks wrote my first few POGIL activities,” says Brown, who still spends plenty of time writing activities and experimenting in his classroom.

After years of collecting data, Brown is convinced that the POGIL method benefits his students .

“By 2010, I had enough POGIL implementation semesters under my belt that I felt confident that the results I was seeing were real,” Brown explains. He went on to publish his findings in an article for Advances in Physiology Education, in addition to collecting activities into an A&P textbook for POGIL.

“It’s not straight case-based learning, and it’s not straight POGIL,” says Brown. “It’s a mash-up of both.” This innovation helped earned Brown POGIL’s prestigious PEACH Award for significant and enthusiastic contributions in teaching.

In addition to his excitement about the method, which he calls an “introduction to active learning, [and] small-group application,” Brown is dedicated to helping other college educators better understand their students’ needs.

“I think that’s a real strength of the project as a whole,” he adds. “POGIL is focused on making educators better educators.” 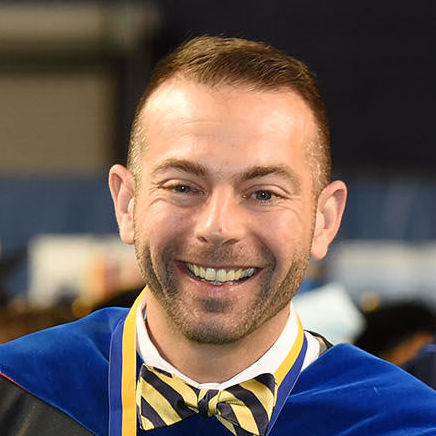 The Results Are In

“By 2010, I had enough POGIL implementation semesters under my belt that I felt confident that the results I was seeing were real” -Patrick Brown, assistant professor of Health Sciences at Eastern Tennessee State University