Sean Garrett-Roe received his B.S in Chemistry from Princeton University (1999) and his Ph.D. from the University of California, Berkeley (2005). From 2006 to 2011, he was a postdoctoral scientist at the University of Zurich with Prof. Peter Hamm, where he developed three-dimensional infrared spectroscopy (3D-IR) of hydrogen bonding in water.

Sean joined the chemistry department of the University of Pittsburgh as an assistant professor in 2011 and was promoted to associate professor with tenure in 2018. At Pitt, his research has focused on ultrafast vibrational spectroscopy (2D-IR) of ionic liquids. He has published more than 40 peer reviewed journal papers. He was awarded the Chancellor’s Distinguished Teaching Award (2017). Sean has used POGIL in his Physical Chemistry courses since 2012. Starting in 2018, Sean has been part of a team of instructors at Pitt implementing POGIL in large-enrollment General Chemistry. 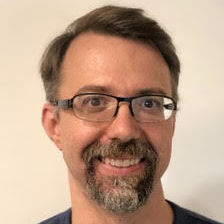