Ashley Hill, a high school science teacher in Fullerton, California, had taught classes using POGIL materials for years. But it wasn't until she attended a three-day workshop with two of her colleagues that she realized something important: she'd been doing it all wrong.

"I think a lot of people see it as a photocopied resource that's just handed out," Hill said of teachers who encounter POGIL worksheets and materials without being trained to facilitate activities. And, for a few years, she was one of them.

But the three-day training fundamentally changed Hill's perspective. "We were super motivated, and we picked up a ton of skills and information in the three-day workshop, brought it back for next year, and completely changed the way we use it in our classroom," she said.

"We taught the other teachers on our campus the same thing. Without the proper training, people are completely using the materials wrong, and they're not impressed with how powerful they are," Hill continued.

The POGIL workshop also provided Hill with a new community of educators to tap into, and she launched herself into trying to bring other teachers in Southern California on board with the pedagogy.

But public school teachers in Los Angeles and surrounding counties face steep challenges to accessing professional development activities, says Hill. "It's time and money, and I can't take a day off of work to teach another school in another district [how to use POGIL]," Hill, who is now trained as a facilitator, explained.

In order to convince her school to let her take time off to attend her very first POGIL workshop, for example, Hill promised to slash travel expenses by staying with a relative. Teachers in the greater Los Angeles area are often responsible for paying for their own substitutes, too.

In addition to a structural lack of support for professional development, Hill notes that teachers like her in Southern California face additional challenges in the classroom. They have huge student populations to educate, and those students have a large range of needs.

Hill describes how large class sizes, English Language Learners, and defiant personalities makes for a noisy, even overwhelming, classroom once POGIL is introduced. "Trying to get 40 kids in small groups, on task, working on things at the same time, stopping at the same stopping point, having a discussion, and getting back on task is a major classroom management issue," Hill acknowledged.

"If you don't have the personality that can handle the noise and can stop the kids, bring them back, and get them going again, it's a challenge," she said. "It's great in small class settings, it's great in AP and Honors classes, but when you have low-level kids that are English Language Learners that are maybe special ed, and some that are super defiant, it's kind of a nightmare to get going. And that probably scares a lot of teachers off."

Even so, Hill found that POGIL activities were a great way to boost the confidence—and the performance—of students who struggled, especially English Language Learners. "Even if they're not fully comprehending everything, working in a group setting where somebody else will help them answer the question that they're confused on, brings them up a level," she said. "And because they're working as a team, they don't feel left behind."

POGIL has made such a difference in her own classroom and the classrooms of her colleagues, that Hill has become passionate about trying to connect other POGIL educators in Southern California. She understands the kinds of challenges they face, and knows how important a sense of community can be for overcoming stumbling blocks.

"It's very young, but what I'd really like to do is invite people to my house and show them the mini-POGIL experience and try to get the community together once a quarter," Hill said of her plans. "Just have a network. Even if it's just email, we can help each other out."

She knows how infectious the energy of an engaged community of educators can be, too. It's what motivates her own teaching, and it galvanizes the other teachers she comes into contact with—from teachers in other disciplines, to student teachers from the local community college—to experiment with active learning.

"I think it only takes one person who is excited and engaged to get other people excited," Hill said. "I've had math teachers come in and see the way that my kids are working in groups and communicating, and they're like, 'My kids only ever work by themselves.' But the way that I'm doing things can be cross-curricular."

Hill is especially excited about the number of student teachers she comes into contact with—they're young, motivated, and excited to try new ways of instruction. "I'm indoctrinating this new generation of teachers who know nothing but NGSS into the world of POGIL," she said.

"Student-centered learning and inquiry and process skills—they're really valuable resources for the next generation of students and teachers. They're the ones who can really grasp it and bring it in." 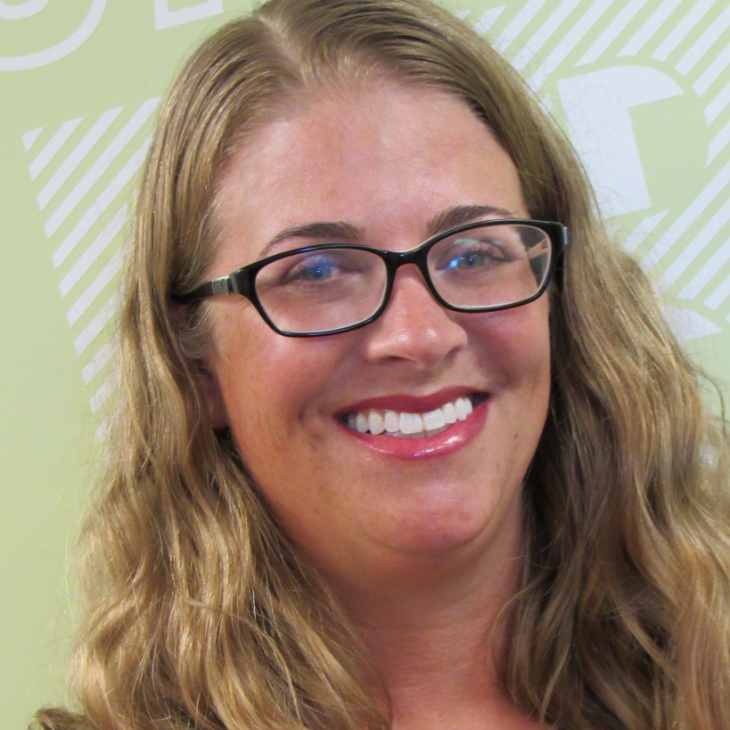 "Just have a network. Even if it's just email, we can help each other out." -Ashley Hill, high school science teacher