When it comes to chemistry education, Frank Creegan has seen it all.

Creegan, emeritus professor of chemistry at Washington College, was a pioneering member of the Middle Atlantic Discovery Chemistry Project, an association of chemistry educators interested in innovating lab and classroom curricula.

This allowed him to partner with other educators, like POGIL’s Executive Director Rick Moog, to explore philosophies of student-centered learning long before POGIL was founded.

“I was keenly interested in what Rick was doing,” says Creegan. “Although I did have a lot of student engagement in my classes, I could see that there were still people around the edges who didn’t want to be called on.

“One of the great things about the POGIL approach is that even the timid student learns to speak up and speak out,” he continues. “It’s the group that’s on the line, not the individual.”

Then, in 2002, the National Science Foundation awarded Creegan - as well as colleagues at four other institutions, including Franklin & Marshall College — a grant to establish The POGIL Project.

Despite believing in the value of guided inquiry classroom practice, says Creegan, the original POGIL grantees realized individual instructors had to contend with “barriers to implementation” in the lab, from large class sizes to limited budgets.

“In lots of institutions, a lab is supervised by a graduate student,” Creegan explains. “It’s also very difficult to get people to change laboratory experiments because it’s costly.”

Still, Creegan felt passionate about instructing the students in his lab at Washington College by using a guided inquiry approach. POGIL has followed suit over the past 15 years, introducing new materials called SPIRAL, or Strengthening the Use of Process, Inquiry, Reflection, and Application in the Laboratory, as well as launching summer regional workshops centered on the POGIL lab track. .

“This approach is in fact what scientists do,” says Creegan. “They don’t know the answer to their investigation before they start, otherwise they wouldn’t do the investigation.

“There are lots of a-ha moments,” Creegan explains. “Students begin with a question that can only be answered by conducting laboratory work. It’s data-driven, and you have to look at trends in the data.”

Now retired, Creegan is excited to see how much the organization has grown since he co-authored that first POGIL grant. From POGIL’s adoption in high school science curricula to disciplines outside of chemistry, the method is more widely used than ever.

“My surprise and joy is that it has been adopted — and adapted — in so many different environments,” says Creegan.

“I’d love to see a student revolt against lecturing, but I’m not sure I’ll live that long,” he adds with a laugh. 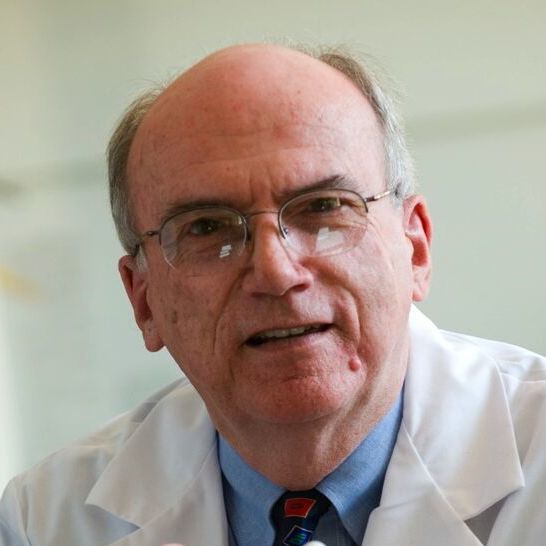 “One of the great things about the POGIL approach is that even the timid student learns to speak up and speak out" -Frank Creegan, emeritus professor of Chemistry at Washington College