Dan Libby, a retired chemistry professor from Moravian College, used active learning pedagogy in his classroom long before POGIL ever existed. He taught organic chemistry using "learning cycles," primarily because he wanted to move his students away from memorizing facts and toward practicing actual science.

"When I started, I wanted to get students to be able to do things," Libby emphasizes. "And so I focused on doing. Not just on, 'do I know these things?' If I can't do anything with the facts, with the reactions, then I don't really understand anything."

One year, at a conference on chemistry education, Libby recalls looking at a poster presentation from a young upstart named Rick Moog and thinking, "Hey, that's what I'm doing!" The two struck up a collegial friendship, worked together on MADCAP, a precursor to POGIL, and then The POGIL Project itself.

"I've been involved with the official POGIL project since its inception," says Libby, who was a principal on the National Science Foundation grant that started the project. "In fact, that's essentially the only approach I've used at all for teaching science since the late '70s and early '80s."

"It's an exciting group to be with because they're active, and they're learning and trying things out, experimenting and moving in a positive direction," he continues.

POGIL's ability to evolve as an organization and meet the new needs of teachers is part of what keeps Libby engaged, even though he's no longer in the classroom. "I'm still interested in being involved. Even though I'm not teaching, I have a lot of experience that I can share with other practitioners," he says.

"I'm also learning things," Libby adds. "I'm just interested in keeping up with new developments and approaches, even if I'm not going to use them myself. I like to be aware of what's going on."

Libby has led facilitation workshops across the country for the past 15 years, and is about to do it again this summer. Still, he never gets tired of working with a new crop of educators, he says.

"It's not much different from teaching a class," says Libby. "Workshops are active, so people are doing things and discovering things as they can. To see that kind of light go on—it's always great."

One of his favorite aspects of facilitating workshops is watching beginning practitioners rise through the ranks. "That was the original plan for the project, to try to bring people in and move them up, so it will continue to grow," Libby explains. He still loves watching the baton get passed.

"People like me are kind of the old guard, but knowing institutional history—understanding what's happened, where it's going, where it's come from—is useful. That's one part of what I think I can contribute," he adds.

When Libby considers POGIL's history, he's most proud of how the project has expanded to include other STEM disciplines, like computer science and math. He's also thrilled to see the number of POGIL practitioners continuing to increase.

"This approach to teaching is what I think is the best," says Libby. "It's not best for everybody, but it certainly was the best for me for many, many years."

Even though he was convinced by the efficacy of POGIL, Libby recalls, other people in his department weren't. Staying connected with the POGIL community at national meetings and through workshops became an important way for him to feel confident in his approach.

"You had these like-minded people, which really just gave you another boost to say, 'I'm not crazy. The fact that I'm the only one doing it at my institution doesn't mean that I'm wrong. It just means that I haven't gotten the institution there yet,'" Libby says.

Even if institutions are slow to adopt POGIL, Libby feels it's a pedagogy based on sound research. Eventually other professors and administrators see that it works. And that's not just better for teaching students, he adds, it's better for encouraging students to be creative and curious.

"The philosophy is, you don't tell people something," says Libby about what makes POGIL so unique. "What you do is create an environment where they can learn it. It's really a classroom environment that is conducive to discovery." 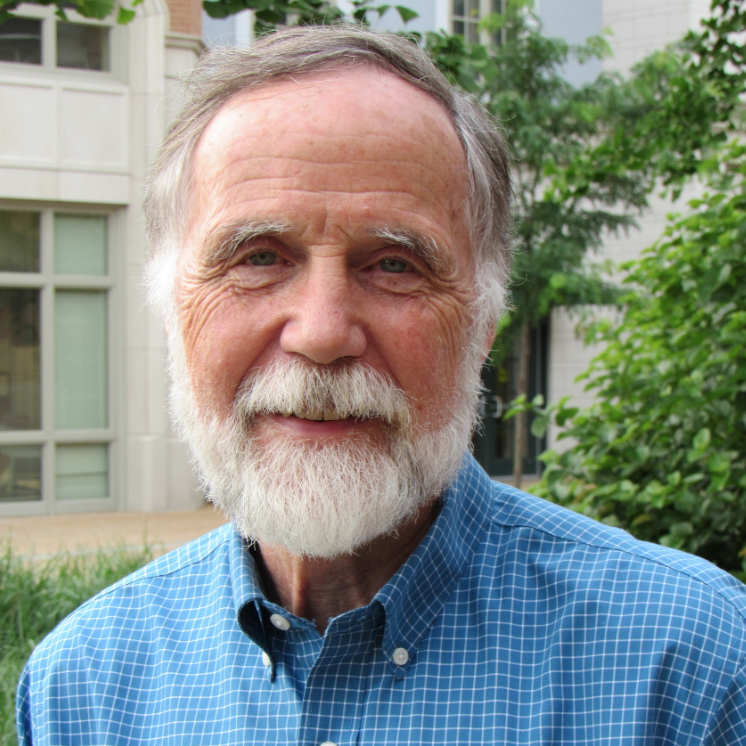 "In fact, that's essentially the only approach I've used at all for teaching science since the late '70s and early '80s." -Dan Libby, retired professor of chemistry at Moravian College